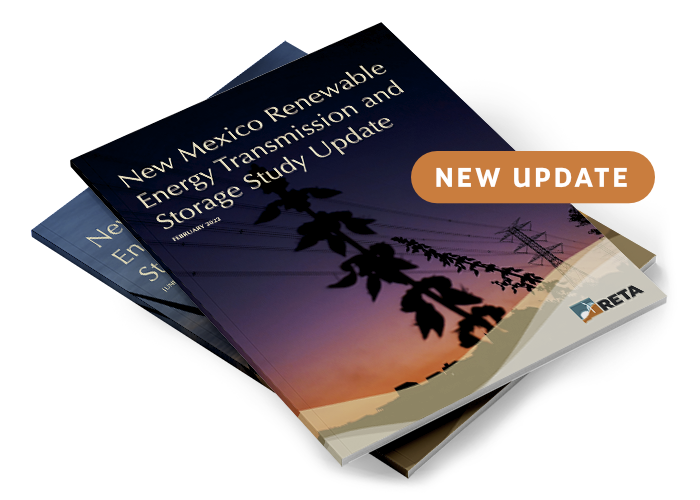 The update affirms previous findings that New Mexico’s enormous renewable generation potential can satisfy New Mexico’s clean energy goals and support the goals of other states but requires significant upgrades to the state’s transmission infrastructure. Over 11,000 MW of renewable energy may be available over the next decade, about $11 billion of new investment. However, New Mexico can currently only export less than 1,000 MW.

The Study Update also projected economic benefits significant for the 900 to 1,300 miles of transmission lines needed, to tap New Mexico’s renewable energy, including:

The update, which delved into the state of renewable energy, transmission and storage in New Mexico, also included a variety of solutions. Among those highlighted were the need for:

The full summary and report are available here: https://nmreta.com/nm-reta-transmission-study/

NM RETA was created by New Mexico lawmakers to facilitate the development of electric transmission and storage projects. The result is that power can be moved across New Mexico and exported out of New Mexico. For more information visit https://nmreta.com.

Seeking more information? We’re ready to talk with you. Our representatives are available Monday through Friday between the hours of 8:00 a.m. and 5:00 p.m. to provide more insight to you.

Public Records requests of the New Mexico Renewable Energy Transmission Authority should be sent to: